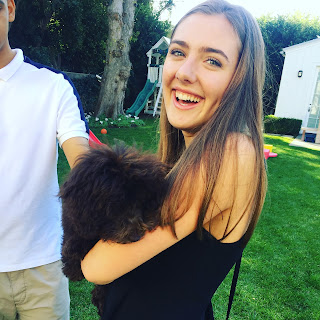 
Being "Woke" means being aware.  Knowing what's going on in the community.

(Relating to racism and social injustice)

Person 1: Stop bringing racism into everything
Person 2: You're clearly not woke


"I think this is more about cultural bias, than racism," she said.

I had my phone "on speaker" next to my computer.  After two days of emailing her college essay back and forth, Lily had remembered that she and I could both be on the document at the same time using Google Docs.

"Well, you're really talking about both," I said.  "On the second page you basically say that our conversation in the car during last year's road trip, regarding systemic racism, made you aware of your own biases, right?"

My eyes were burning from staring at the screen for so long.  I closed them for a moment and took a bite of the Hersey's chocolate square that sat plateless on my desk.  As the exquisitely sweet, chocolatey-ness melted like lava over my tongue, I couldn't help but smile.

Of all of the things she could have written about, she chose to make this the subject of her essay! Who knew that something so routine for me and my boys would have made this kind of impact on her?

My eyes popped open when she started typing again.  I could see that she was working on another paragraph now.  Panicking that I was falling behind in my "editing duties," I struggled to keep up with her (enviously fast) typing.

"Are you done with those first two paragraphs?"  I asked.

"Almost," she said slowly.  "I want to put in some detail about what it FELT like when I heard you quizzing Miles and Justin on what to do if they got pulled over by the police."

Letters began to appear on the screen.

"My palms began to sweat.  I shifted in my seat.  I had sat there comfortably for hours, but suddenly I could not find an agreeable position..."

I wanted to encourage her without interrupting her flow, so I closed my lips and grew still as she typed.  Both of our houses were silent.  I was bathed in the blue light from the wall-mounted TV in my office.  It had gotten dark in the past twenty minutes since we'd been on the phone and I hadn't bothered to turn on any lights.  Rachel Maddow's almost muted voice cut gently through the quiet.  Lily's finger's were playing the computer keyboard like a piano.  I became hypnotized by the click, click, click sound as I saw her words appearing on the computer screen in front of me.

"The discernible sense of importance was clear in Laura's voice," she typed.  "But masked behind it was something I had never heard before,  fear."

"Which," I responded, "is totally understandable since as you said, you have a completely different relationship with the police in Stowe, right?"

"Oh yeah, totally," she laughed.  "The policemen here just give us rides home if we need, or maybe a drinking ticket if someone has been drinking.  Everyone knows all of our policemen by name."

"They give you drink tickets?" I said with a slight smile. "Like for free drinks?"

She laughed again.  "DrinkING tickets! Like a traffic ticket, but for drinking.  Mostly they give them at parties and stuff."

I shook my head, trying to picture any kid in LA getting a "drinking ticket" and ride home after being busted for drinking or possession.

"Do you think there's a lot of racial profiling in Stowe?" I asked.

I'm pretty sure I know the answer here.

Of course not. Everyone's White.

Could it be --  'cause there ain't no Black folks in Stowe?

"I think," she continued thoughtfully, "I think its because there are barely any people that aren't White in Stowe."

"In fact, I could probably give you the name of every non-white person who lives in Stowe.  I feel like people think, 'Oh no!  We don't really deal with racism here.' But to me that's because we don't really have very many different races here."

All at once, her cursor appeared two paragraphs down.  "I turned my focus back to the road," deleted itself on my screen.  Now I could hear her typing away again.

"The essay is due on Thursday?" I asked,  calmly perusing the next three paragraphs for typos.

"Okay, then so let's move onto the 6th paragraph" I said, trying not to sound so panicked.

"Okay," her voice was full of concentration, she was still typing.

"When you're done with that sentence, let's go to where you reveal that I'm Black," I said.

I saw her cursor move down to the next page.

"My stepmother is black, and as a mother of two black teenage boys..."

As I watched her typing, my mind started to drift again...

I've been in Lily's life since she was nine and her sister Nora was four. I love them both, but I'm also very conscious of the fact that Lily and Nora are Scott and Jenny's children...

"I'm going to add that other thing that you said about getting pulled over here," said Lily.

"Which other thing? I asked, coming out of my thought cloud.

"About how if one of them puts their hands under their seats they could get shot."

Lily started typing furiously again.  A hip-hop Pepsi commercial suddenly blared through the quiet (disturbingly louder than the Rachel Maddow), startling me.  I hit the mute button and then sat back, marveling at the girl-dancer's flexibility on the now-silent screen while Lily continued to type.

It's just that now our relationship has evolved from a "Daddy's girlfriend level" to a more "parental" level.  You see this?!  She keeps referring to me as her "step mother" and Miles and Justin as her "step brothers...

"I'm good.  Take your time," I said, tearing my eyes from the TV long enough to glance at the clock.

"That line is important!" She said suddenly.  "It's important, because this one conversation made me see every everything from a different perspective.  Before our road trip last year, stories on the news could be sad or even tragic, but not personal  -- not really.   Maybe I wasn't ready to see it before then, but that conversation on the roadtrip that day made me suddenly want to see past my own perception.  It made me want to look deeper than the first glance."

Lily moved down to the next paragraph.

"The simple fact is that I am white," she wrote.   "It had never occurred to me because it has at no point been an important part of my life, or at least not that I realized."

"Umm the paragraph about my mom?"

"I thought about my mother, how she cried as I backed out of the driveway alone for the first time and she pounded into me the rules of the road."

"I love that transition," I said.

"Me too," she said, keeping up her typing-rhythm.

"Or!  I might have an idea!" said an excited female voice.

I froze like my dogs when they think they've hear a critter outside.

I strained my ears to listen.  I heard Lily's voice scale up.  It sounded like another voice responded.

Wait!  Are there two voices?

I picked up my phone and took it off speaker.  I could hear better, but the sounds were still muffled.

She's definitely talking to someone.

Suddenly Lily's voice was clear, as if the volume had just been turned up.  The hand holding my phone jumped away from my ear.

"I was just thinking it might be good to put that earlier," said the other voice.

"Mom!  That was like three drafts ago.  Please, I'm almost done," said Lily.  I could hear the exhaustion in her voice.

Suddenly I felt as though I'd been busted helping Lily cheat on a test.  I held my breath as I listened to their exchange.  I was afraid to speak and reveal my identity.  I didn't know if Jenny knew who Lily was talking to on the phone, or if she even knew that she was on the phone.  My mind started to race.

What if it makes Jenny feel funny that Lily refers to me as her "step mother" (especially since Scottie and I aren't even married)?  What if she doesn't like the fact that said "step mother" has been spending the last three days helping her oldest daughter with her college essay?  Maybe she thinks that's just a "mom job" (or maybe a "mom and dad" job).  Also, so much of this essay is Lily wondering for the first time what it must feel like to be Black in America.  But what if that makes Jenny feel left out?

"So Laura, what you think of it?" said Jenny, brightly.

She knows it's you!!

"I think they're going to be blown away by both the subject matter and the writing skills," I said, finding my voice.

Does that sound like I'm taking too much ownership?

"You're right, you're right," I could hear something clang closed in the background.  "She's doing a great job," she said cheerily.  "I've actually liked all of the drafts so far."

Well, she's been reading it all along!

"Yeah, her piece is really great," I said, hearing the relief in my voice.  "Lily is an amazing story teller."

"Hey, you know what?!" Laughed Jenny.  This could be a blog!  "You and I helping Lily with her college essay from two different coasts at the same time."

I laughed with her and then stopped abruptly.

"Wait, that actually could be a nice piece, Jenny" I said.  "More evidence of our modern family!"

"You guys!!" Lily broke in sounding exasperated.  "Mom, I've got to finish, I need to be asleep before midnight!"

"Laura," said Jenny.   Her voice had a sincere tone.  "Thank you.  Thank you for helping her with this."

My "stepdaughter", Lily, on the strength of her essay (and her grades, school activities, athleticism, community service-work, teacher recommendations, etc) was accepted to a variety colleges and universities (UVM, Emmanuel, USC, Occidental, LMU, New School-Eugene Lang and more).  She has decided to attend LMU (Loyola Marymount University) here in Los Angeles, where her father and I live.  But first, she will take a "gap year" during which she will go to Bali with a program called Yayasan Widaya Sari, where she will teach English to elementary school children for three months.  In winter, 2018, she will go on a backpacking trip through Thailand before finally returning to Los Angeles to spend the summer with Justin, her father and I (with stops in Stowe to see her mom, Chris, Nora and Maisy in between every trip -- also Miles will join us all in LA whenever he's home from NY).

Lily's unflappable desire to know more, to explore more, to push the boundaries of her world, makes me well with proud, emotional tears.

I am so proud of the woman that you've become.   I can't believe that you are graduating from Stowe high school tomorrow!!! -- WOW!!!!)

Stay curious Lily.  Keep asking those questions that make people uncomfortable.  Keep pushing the boundaries of what "is" to see what else there is.  Remember that there is never only one way.

My wish for you is that you to stay woke and that you do your best to "wake up" others from your generation.

Posted by Laura Cathcart Robbins at 5:28 AM