Who among us would be content to have the color of his skin changed to stand in his place? 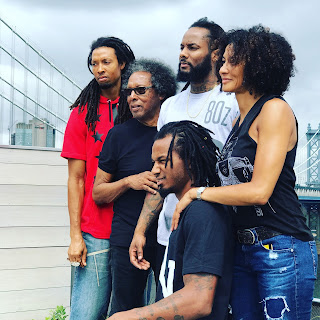 “I thought she was on our side,” Scottie is shaking his head with confusion after reading one of our friend’s Facebook posts. “Is she for Trump now?  Wasn't she all for Obama?”

Scottie has discovered that Facebook offers a new “snooze" feature for people whose posts you’d rather not see for a finite period of time.  He’s reading up on how he can block people for 7, 10 or 30 day-periods.

"This is great," he grins as he turns his laptop screen towards me.  "Everyone is so emotional about this Kaepernick protest. So maybe by the time the drama dies down, these automatic blocks will be removed."

I glance over quickly before turning my attention back to our bedroom TV.  The "Thing One and Thing Two" segments are both about the NFL protest.

I'm so bored of this protest. Especially since no one even seems to care what it's really about.

Our TV casts a bluish light around our stark, white bedroom.  I am underneath the covers in long-sleeved, aqua-colored, pajamas and a grey, wooly, cardigan sweater.  Scottie is next to me on top of the covers, in black sweat-shorts and a white t-shirt.  I put on my reading glasses as I lean over to get my phone from the night stand.

“No, she's on our side," I say, pulling up her page.   "I mean she LOVES Obama -- she posts about wishing he were still the President. I think she's definitely on our side.”

I pick up my phone and quickly find our friend's post. One click on the arrow above the image of a teary, White woman clutching the American flag and patriotic music suddenly fills the room. I suck my teeth and shake my head as I lower the volume on my phone.

“Yeah, well actually, she does live in that rust belt part of the country, so maybe... but even so, I don’t think she's pro-Trump. I think she may be just ‘Anti-Protest’.”

“Oh, is that a thing now? Anti-Protest?"

I’m silent for a moment.  I have strong feelings about what Colin Kaepernick did last summer when he decided to sit on the bench during the national anthem at a pre-season game.  But this could be one of those subjects that Scottie and I have to untangle carefully.  After all, no matter how connected he and I are (and we are very connected), I was born and raised in Black America and he was born and raised in White America.  Sometimes our respective experience literally colors how we approach certain topics.

“Do you think it’s worth it?” He says finally.

“The protest.  Do you think it’s doing anything besides stirring up Trumps's base?  Making people take sides?”

“Yes," I say stiffly.   "I think that Colin Kaepernick’s original protest-message was necessary and valid, absolutely.”

“But instead of bringing attention to police shootings," he says.  " All people are talking about is patriotism and disrespecting the flag.”

I swallow hard and put my phone down deliberately.  I resist the urge to point my finger at him.

“But," I counter.  "What if fear of their message being misinterpreted had stopped people from marching across bridges or sitting at a lunch counters?" "Even if people of color don't enjoy the same liberties as White people today [and we definitely do NOT], at least we are legally (on paper anyway) afforded some civil RIGHTS as a direct result of those protests. Who knows what results this one might have?  He's not just protesting the fact that Black men are routinely murdered in this country.  Colin Kaepernick is protesting the system that allows the murderers to get away with it, over and over again."

Scottie runs his fingers through his hair and sighs.  I lean closer to him and rest my head on top of his, like a pillow --  a common position for us while we are watching TV in bed.  His blonde hair is soft like cornsilk. The smell of the Paul Mitchell Tea Tree hair product he uses wafts up toward my nose and settles my nervous system.

I love that smell...

He turns and looks at me to gage my mood before lovingly moving my head off of his and turning to face me.

"But you realize," he says.  "That as far as Trump's base is concerned, Colin Kaepernick's message is for sh$#, because all they know is that he's disrespecting the flag."

“But check this out," I say.  "The irony is," I scroll down on my phone to find an article I’d read earlier.  "The irony is, that he started kneeling instead of sitting on the bench in order to show respect."  I pull off my glasses in frustration and face him again.

“I can’t find the article, but it says that when he was sitting on the bench in protest, some ex-military, ex-NFL guy, Nate somebody...   Anyway, this Nate guy told Colin that it was disrespectful to veterans and to those in the military to sit on the bench during the national anthem.  So in order to be RESPECTFUL, he advised Colin to kneel. And that’s what he started doing from then on — to be respectful.”

“I saw that guy being interviewed," says Scottie.  "He was a Green Beret who also used to play for the Seahawks -- shorter, White dude.  You should check out the interview, it was pretty cool.  He remarks a couple of times about how 'receptive' Colin was to the idea of how to continue to protest and still be respectful.  He said Kaepernick really just wants people to care about the lives of these Black men."

"Black lives do matter," I smile.

"What does Michael Che say?" says Scottie grinning (he adopts a deeper voice):

“I love Michael Che so much!" I smile.  "We have to watch that show again, what's it called?"

"'Matters', I think" smiles Scott.  "I think it's called 'Michael Che Matters'.  Do you wanna watch it tonight?" He picks up the remote.

"I don't know... maybe," my voice sounds far away.  I'm staring at the phone on my hand, but I'm not really seeing anything.  After a few moments of silence from me, Scottie picks up his phone and starts playing Words With Friends.

"But you know, Hon?" I say finally.  "Maybe it's working.  I mean, I had never even heard of Colin Kaepernick before last year.  But now, I don’t think I’ve ever SAID or HEARD any quarterback’s name (well, maybe Tom Brady’s) as much as I've heard his name this week alone!  In the past two weeks Colin Kaepernick has gone from lone NFL protester to the lead story on every news program.  And he's not even playing this season!  But you know his jersey sold out across the country as soon as people he realized what he was doing.”

“Yeah, but some people were burning those jerseys,” says Scottie, putting his phone down.

“True," I say, "but there were a lot of young, Black men and women wearing it too.  Not because he was the best player, but because he was using his position as one of the few, Black NFL quarterbacks EVER, to give a voice to oppressed people of color."

"But I feel like all of the drama this week hasn't even been about Kaepernick or his message."
Scottie stretches his arms wide and tosses his phone face down onto the bed between us. "I feel like it's more about Trump vs the NFL.  And the NFL-owners, some of the richest men in our country (and many of them Trump donors) were like," (he imitates a southern accent):


"OH HELL NO, MR. TRUMP!  We're the NFL and we're not gonna be called out by anyone! We don't care if you are the dang President!  You still can't tell us what to do.'"

Scottie laughs and lays back down, closing his lap top.

“Well, I could not and would not have ever said THAT!" He smiles at me.

1) People like us, who understood why Kaepernick chose to protest the way he did and supported his message.

2) You’ve got the people who took offense to the way that he chose to protest but agreed with his message -- maybe that's our friend there in the rust belt...

3) Then there are the people who are just anti-anything left and anti-Black Lives Matter."


"They need to watch Michael Che Matters," I smile.

"Yes, they do.  But, what I'm saying is that up until two weeks ago, there were just those three sides.  But now, you’ve got Trump supporters who seem to be jumping in just to support Trump.  And then you’ve got all of these people on the left jumping in too — not because they are supporting Kaepernick’s message, but because they are all just anti-ANYTHING Trump.  So now instead of three sides, we've got five sides!"

"That's crazy," I say nodding my head. "And what about the article you sent me about how NFL player's weren't even ALLOWED on the field during the national anthem until 2009!? And they only did it then because the NFL got a few million dollars from the Department of Defense so they could stage 'on field' ceremonies to make the teams seem more patriotic.  That just makes me feel like this whole thing is really about military recruitment rather than American pride of ownership. No one seems to be factoring that in."


"I think we're all being manipulated," says Scottie. "It feels to me like some kind of, what did Team Jamaica say to Trump when he used that video of Usain Bolt in a Tweet this week?  Leave us out of your 'POLITRICKS'!?  So yeah, to me, it's all Politrickery.  Like, 'let's all lose our Sh$% over this protest that started more than a year ago and completely ignore the fact that there is a humanitarian crisis Puerto Rico right now.  Let's ignore what's going on with the dubious future of our health care system and tax reform.  Yeah! Let's all just concentrate on questioning the protest-rights of this 29-year-old former, football player for the next few months'.   It's all total bull$#@%!"

"Facts," I say leaning my head on top of his again and grabbing up the remote.  "Actually, you know what?  Let's watch the House of Cards finale we've been saving."


"I am not going to stand up to show pride in a flag for a country that oppresses black people and people of color. To me, this is bigger than football and it would be selfish on my part to look the other way. There are bodies in the street and people getting paid leave and getting away with murder.  I will continue to protest until I feel like [the American flag] represents what it's supposed to represent."

Posted by Laura Cathcart Robbins at 6:30 AM