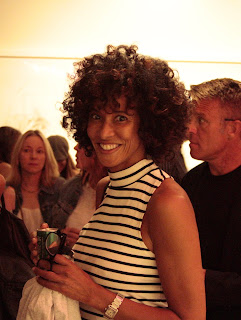 So when someone relapses, you don't have to be so quick to assume the absolute worst.  It doesn’t mean that they’re doomed to failure.  It doesn’t mean that they’re not “strong enough”.  And it certainly doesn’t mean that 12-step programs don’t work.  Sometimes a relapse can provide the measure of desperation that is required (for those of us afflicted with this disease) to really look at ourselves and at the impact that we have had on other people. And then possibly, to live a happy, peaceful, useful life —  one day at a time, of course.
Posted by Laura Cathcart Robbins at 7:11 AM