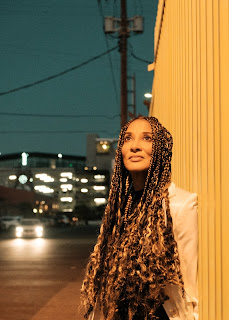 In his opening statement for the murder trial of former Minneapolis police officer Derek Chauvin, his defense attorney, Eric Nelson, said this: “There is no political or social cause in this courtroom.” Which I now understand to mean that instead of engaging in hand-to-hand combat on the subject of race, Nelson is taking a different and possibly more winnable tact.  He intends to portray the victim, George Floyd, as an out-of-control, threatening man who could only be subdued by force on May 25, 2020. He’s asked the jury to look past race and conclude that Floyd’s drug use (methamphetamines and fentanyl), along with his preexisting cardiovascular conditions, killed him. Not Chauvin’s knee on his neck for nine minutes and twenty-nine seconds.

I am a Black woman who also identifies as a person in recovery (this summer, I will celebrate thirteen years of sobriety). Until last week, even I was only looking at this trial through the lens of race. “George Floyd’s murder is a black and white issue.” I thought, “or at the very least, a blue and black issue.”  I assumed that the prosecutors would want to put racism on the stand, detailing the centuries-long police brutality pattern perpetrated on Black men and women in this country.  I thought they would want to underscore how a seemingly unrepentant white police officer murdered yet another unarmed Black man.  I expected the defense to call rebuttal witnesses who would testify to Chauvin’s character and show the jury that Floyd’s death had nothing to do with his skin color.

So I listened to Nelson as he questioned Christopher Martin, the Cup Foods store clerk who alerted his boss to the now infamous counterfeit twenty-dollar bill.  I paid attention as he cross-examined Floyd’s girlfriend, Courteney Ross.  To Martin, instead of asking him what he witnessed outside the store after the police arrived, Nelson pressed him to give an opinion about whether or not Floyd was “high” while still inside the store. And with Ross, Nelson focused almost solely on Floyd’s history with drugs, asking her to detail the five days that Floyd spent in the hospital after an overdose and the types of drugs she’d used with Floyd. It was then that I realized that I'd been looking through the wrong lens entirely.

Racism is not on trial here.  Addiction is.

Which, I must say, is a brilliant strategy because no one cares about drug addicts. That’s not to say that no one cares about addicts as individuals. Indeed, on any given day, there are thousands of friends or family members rooting for or mourning the loss of the addict in their life. But no one is marching in outrage when an addict is mistreated or dies.  There has never been an “Addicts Matter” movement. There are no picket signs, logos, or t-shirts, calling attention to the lives and rights of drug addicts.

I could not help being born Black or female (and let’s be clear, I don’t want to be anything else) And although it may come as a surprise to some people, being an addict wasn’t something I chose either. Addiction is still seen by many as a series of bad choices, with emphasis on the word choice. When an addict dies at the hands (or knee) of someone else, while it may be regarded as tragic, it is rarely viewed as shocking or outrageous.

In recent years, I’ve been blown away by the number of people willing to take time from their own families and careers to bring attention to my rights as a Black female American. People have gone to jail to help ensure I don’t become another sexual assault statistic or die under a police officer’s knee. I'm talking about allies, folks who use their privilege to spotlight the inequities that marginalized people in our country experience daily. Alcohol and illicit drug use kill more people each year than cancer, making addicts and alcoholics one of the world’s most stigmatized and marginalized groups -- and yet, no one is marching for us.

So, in conclusion, casting George Floyd in the role of the unsympathetic addict instead of a loving son, father, boyfriend, and family member is a wise strategy.  But if Darek Chauvin is acquitted because he killed an addict, it will be another travesty of justice.

Posted by Laura Cathcart Robbins at 8:45 AM